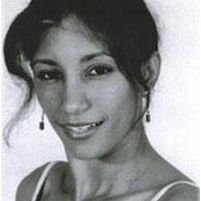 Ingrid is a native of Cuba and graduated from National School of the Arts in Havana. She has expertise in the fields of classical ballet, neo-classes and Afro-Cuban dance as well as modern and Latin Jazz. In 1997 she went to Venezuela where she continued her training as a dancer at the National School of Ballet under the direction of Rafael Portillo. She was invited to perform modern and neo-classical works by Irina Portillo. Ingrid was also a guest artist at INCA (Instituto Nacional de Cultura y Arte). In 1999 she was invited to perform as a soloist at Fusion Dance Show for two years and in 2001 she came to Miami and enrolled in the dance program at New World School of The Arts College where she performed in several student concerts and presentations. Ingrid is also a former member of the Momentum Dance Company under the direction of Delma Iles. She taught at Dance Empire in 2003-2015 and is now returning to continue passing on her knowledge and passion for Dance to her Dance Empire Family.